Growing-Up-Italian
When You're Not Italian! 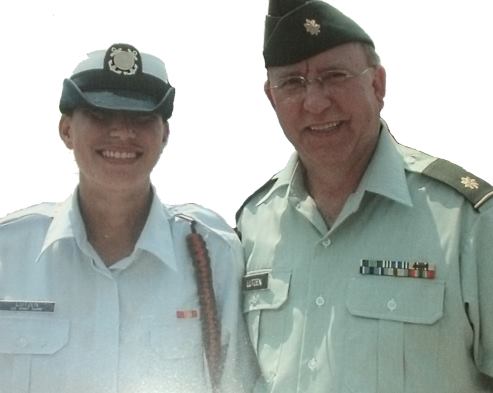 Growing-Up-Italian when your not Italian you have to learn a lot of rules....

When I was a kid, I grew up in a manufacturing town where ethnicity was never a factor.

Born in a 4th floor tenement on main street my world did not exist much beyond the fenced yard of a sheet metal building, a hardware store, a closed theater and a barber shop.

My mother, a German war bride could barely speak English would never speak German to both my brother or myself.  However, I knew the power of her look.

When I was four years old, we moved as a family to a place called the Village, where I grew up. It was a place that was built for families of WWII, a place that gave many a start on life.

It was not an easy life for my parents.

My Dad always worked 2 to 3 jobs and when I was home, he was usually asleep. This continued until I moved out.  He never graduated high school.

My Mother, worked in a factory outside of town and somehow became the presidents secretary of a manufacturing company until she died at age forty-four.

I always wanted more from life, but barely got the direction I needed except for periodic attitude adjustment sessions with my mother.  My Dad as it seemed was more concerned with making a dollar and taking care of what he had and as I would put it, an obsessive compulsive mind set.

But growing up and watching two hard-working people become successful property owners in their own right and my mother becoming the manufacturing presidents' secretary was quite an accomplishment for two people who combined had a high school education.

As a child, I did not want a lot, but what I wanted I had to earn. And somehow that work ethic got ingrained but not until I flunked out of college, enlisted in the Army (it was that or be drafted... Vietnam war was in full swing) and discovered there is working harder and then there is working smarter.  I chose the working smarter route and went back to school earning a degree while in the military.

Schooling ended and I was tired of it, but being single there was the drive to work.

I hooked up with a fraternity brother who was living rent free while taking care of an apartment complex in around the Italian section of Franklin Avenue.

It was a pain, but it gave me a few more dollars in my wallet and after a year and and a half, I had had enough of tenants and the demands of my career plus I had an Italian girl friend.

Before I married, I had no clue what old school Italian was. As a matter of fact, I did not really care if someone was Italian, Greek, Spanish or any other ethnic race or nationality.  It just never factored into my life.

After all, I knew little about my own mother other than she was a German World War II war bride and my father never talked about heritage.

My father, of Danish decent, spent three years in the Army in France, England and Germany, but all he knew about his heritage was that he was American, and was proud of it!

There was no old school in my house. It was strictly you're American. No whining!

In our household, to be an American, you took care of your family by working hard. We were not growing-up-italian or any other nationality!

Since my mother had no one except my father, she grew close to my fathers' brothers and sisters, became a friend, confidant, and helped when they needed moral support and assistance.

In today's terms, Mom was paying it forward, and my father was right there with her.

As a child, none of this was ever presented other than a visit to see my cousins.

And for 23 years I grew up as an American and my Father and Uncles' who fought with men who were growing-up-Italian and were from the "Greatest Generation", never let me forget that. 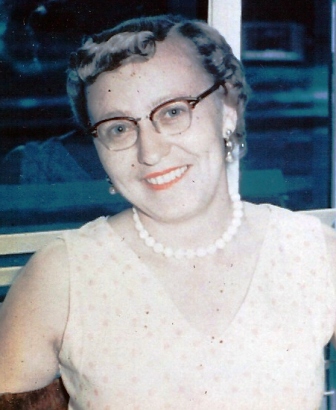 My mother, God bless her soul, was German. She was proud of her heritage, but after the war, she came to America to build a new life.

While proud of her heritage, her mission was to learn the ways of America and learn how to speak English. After all, that is the Official Language of this country, right?

Mom learned English and the American way and entered the workforce almost immediately. She learned to read and write English and became an Executive Secretary for a large manufacturer until her untimely passing in the early seventies.

My brother and I were not taught or spoken to in German because Mom had to learn English.

It was the American way and we were not growing-up-Italian German or anything else. She worked and succeeded in the American dream....

I was in the Military at the time she passed.

It was unfair my mother's life was cut short at such a young age. I barely got to know her... And it was from that time I knew I was on my own and soon realized my mother was the glue that held our family together, and that she saved me from myself.

My mother taught me values I carry with me to this day although the pain of not having a parent to guide you even though you are old enough taught me to persevere.

But I got some help along the way. I became part of an Italian family and started growing-up-Italian as an adult!

My new bride was full-blooded Italian! Little did I know I would be embraced so warmly by this new found family.

There always was a warm welcome whenever I stepped foot in the door. And this is how I met Chris' grandmother, Louise, of whom I came to adore.

Growing-Up-Italian made me publish a cook book 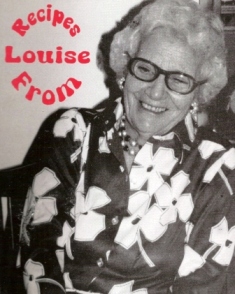 Chris started cooking after a few months of marriage, and since she liked to eat, we always ate well.

I would never leave for Reserves or go on a contract job without eating at the house first (owned my own business at 25 years old).

As Chris' grandmother got into the years, we started an endeavor that for us is her legacy.

As rough as it was, we published a cookbook titled Recipes from Louise. It represented a small cross section of the recipes she had in her recipe box. In addition, to this day we have not been able to decipher the remaining recipes she made. Maybe this is what growing-up-Italian does to you?

Her recipes are not only what you gain from Louise, as her recipe for life was about caring and sharing.

As we got into the recipes, we found ingredients or steps either missing or omitted... Not sure if this was on purpose or in error. In any event, the book represented the ones we enjoyed most and went to print.

As our marriage grew, so did the number of occasions we had for getting together.

My new family was great. Everyone got along and welcomed me warmly. I met so many of Chris's family, learned about life, living and had some great times.

Fast forward to today... All of my growing-up-Italian elders have passed.

Those who we took care of until their passing are with us today in memory however Chris and I still have her siblings and again are at another crossroad.

It has been wonderful yet heart-breaking growing up Italian.

The large family gatherings are too few to mention now. My father is living in New York in an assisted living home close to his stepson. We call him regularly and visit when we can afford, time-wise, to drive 500 miles.

As for Chris and I, we are taking care of our daughter in many ways although she now has a family and is stationed 1300 miles from us (yes another military career).

In retrospect, I look at all the family I had as an adult, and I found, growing-up-Italian was the best part of my life, but now I am growing old.

I have succeeded in becoming a parent! My Italian family reaffirmed what my mother taught me. Work hard and do good along the way.

So I continue growing up Italian which for me is putting this website together so Chris and I can share a small part of our lives with you.

It has been a lifetime of personal satisfaction, caring for those we met, enjoyed and lost along the way.

So we encourage you to become part of our Easy-Everyday-Cooking-Recipes.net family.

And should you want to put a legacy together one of the best ways we have found is to build a website.

It can be something you know, have a passion about or start a business.  All throughout my life I have always worked smarter and had the time to do for others.

Bookmark this page and come back often.

A lifetime of achievement can be celebrated and recognized with a few easy everyday actions, like submitting a recipe and some fun facts about yourself.

Your recipes for life and food can be shared with all who come.

Join Today and Come Back Often.

P.S. - I toiled over giving you a very short "about me" growing up Italian, but being the "whole-brained" person I am, my loss, your gain!

After all, you might not have seen your reflection or identified parts of your life that are similar, or...

you might not have discovered a bit of passion in you that gets your blood flowing to give back while paying it forward. In either event I wish you "health and happiness" in finding the real you; Even if your not growing-up-Italian!

Leave growing-up-Italian and go to our Home page.