What does an Italian Father
Do to Make a Meal?

My Father was a successful person in both personal and business life. While he never cooked, his skill in engineering/construction and as a muscian was amazing.

He was a self-taught musician who played in Marching bands, Jazz groups and local big bands when I was growing up and well into his adult life.

He worked for his dad who created a construction company that in it's hey day, poured over half the foundations for the homes in West Hartford, CT.

Grandpa came from Italy in search of the American Dream. 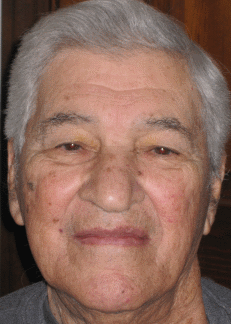 After Grandpa passed, my dad and his brother continued with the construction business until the early seventies when they decided it was time to put away their work boots.

But that didn't happen for years when as a child my sisters and brother would have to be at our best behavior because mom said he worked hard to put food on the table and give us all that we had.

My dad loved golf and had a passion for music. When he was a young married man, weekends he spent on the golf course with his friends. He played music in the evenings with his musician buddies and felt renewed after a long day working construction.

After closing the business, he continued with music by becoming an excellent piano tuner.  He developed the building skill by making small repairs on the pianos he tuned.

After a successful 10 plus years in the tuning and repair business, age related illness forced him into retirement where he arranged and recorded his favorite tunes in his make-shift recording studio in the basement of our home.

His grand daughter gave him a computer so he could transfer his music to digital format.

After Mom passed, he established a long distance relationship with an old friend with whom he communicated with until his passing.

However, the question still remains..... What does an Italian Father do to Make a Meal? He has his Italian wife and daughter cook for him!

In the remaining 12 years of both my Mom and Dad, both John and I sold our home purchased their home and took care of them as that was my mother's last request.

Until my mother passed, she did all the cooking and would not allow John or I to get involved as we were both working. After her passing my Dad would not eat unless I cooked the meal....

When not at work, I did all the cooking and prepared the meals he loved so much. Just like Mom he would say.

However, so that he could eat during the day, both John and I taught him how to navigate the kitchen that for over 50 years he was able to avoid.

And while he has passed, we still think of the great times we all had as a family cooking and eating throughout the years.

Visit my Grandfather, may he rest in peace.

See the Woman that made my Dad Who He Is.

Return from Father's page to Easy-Everyday-Cooking-Recipes.